WhatsApp and Viber in Ubuntu 13.04

This is a howto install WhatsApp and Viber in Ubuntu 13.04. Yes u read it right!

Viber is a VOIP(Voice Over Internet Protocol) which allows you to call other Viber users over the Internet. That also includes free text, photo messages and location-sharing. Viber is available for Windows, Mac(10.7+), iOS, Android, Windows Phone, BlackBerry, Nokia, Bada. Thats right you can call people from your desktop, may it be Windows or Mac. But, what about Linux? Well you can use wine, to install the Windows app on Ubuntu. Here is Viber on wine's app database.

Update: a Native Viber for Linux has been released. 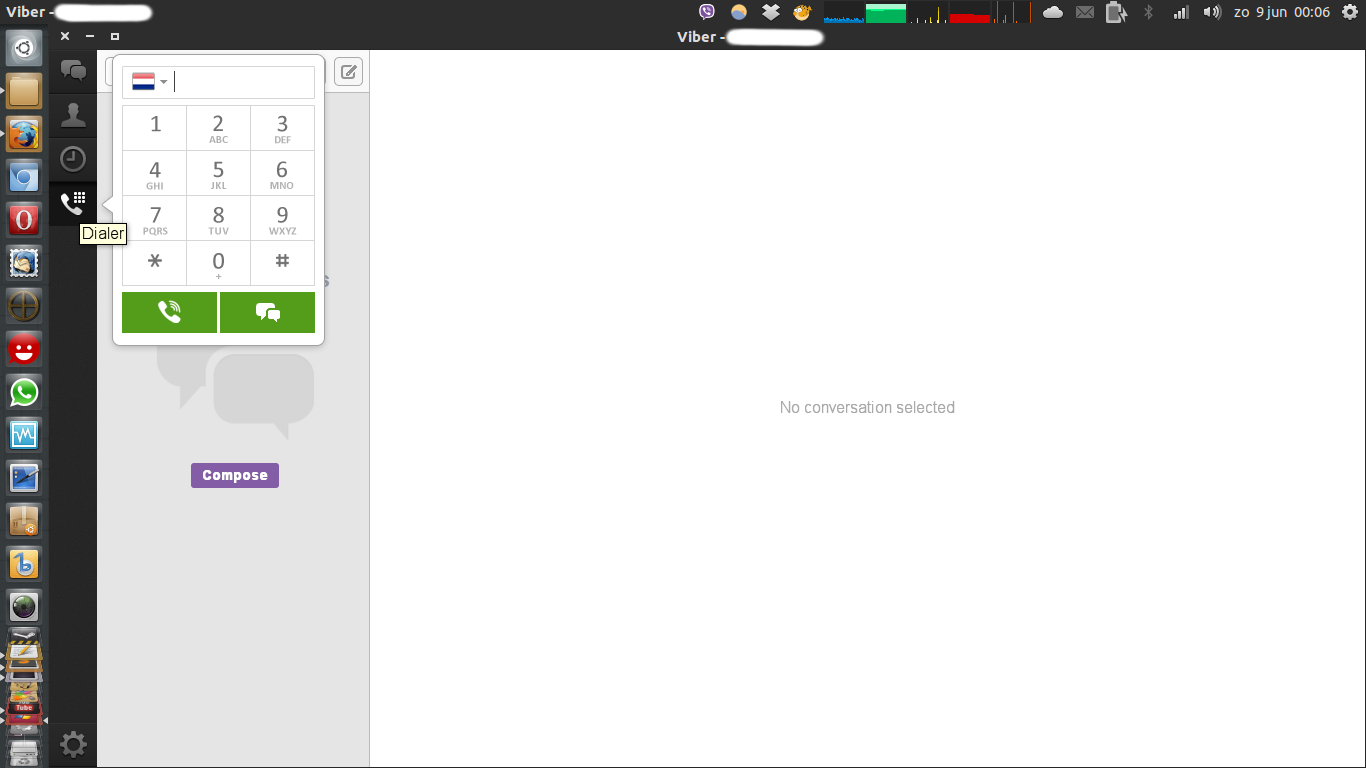 The easy one of the two to install is Viber. Simply copy/paste the code below one by one, and Follow the setup wizard:

And shazaam, you got Viber working under Ubuntu 13.04(Tested under amd64)

Update: an alternative method is available, by using pidgin: How To: Use WhatsApp under Ubuntu - EuroBytes. Update: whosthere apparently is discontinued

Now, to install WhatsApp under Ubuntu, I found two ways on how to do this.

One, via emulator. This is explained step by step in the YouTube tutorial How to install WhatsApp on Linux Ubuntu PC with Android emulator (Updated 23/12/12) HD.

One remark though, near the end you are supposed to give your phone number which it tries to activate via sms, and fails - this is supposed to happen - and after that you will skip it, and give a security number which you did not get? i don't know how he got it to work, but in my test, when the activation by sms fails you will get another option to activate via call, a automated answering machine will be played, and play your security number for you, type your security number in, and WhatsApp will work. Of course WhatsApp is only meant to be used by one phonenumber, when u try to `app` via your main phone you will need to reactivated it. 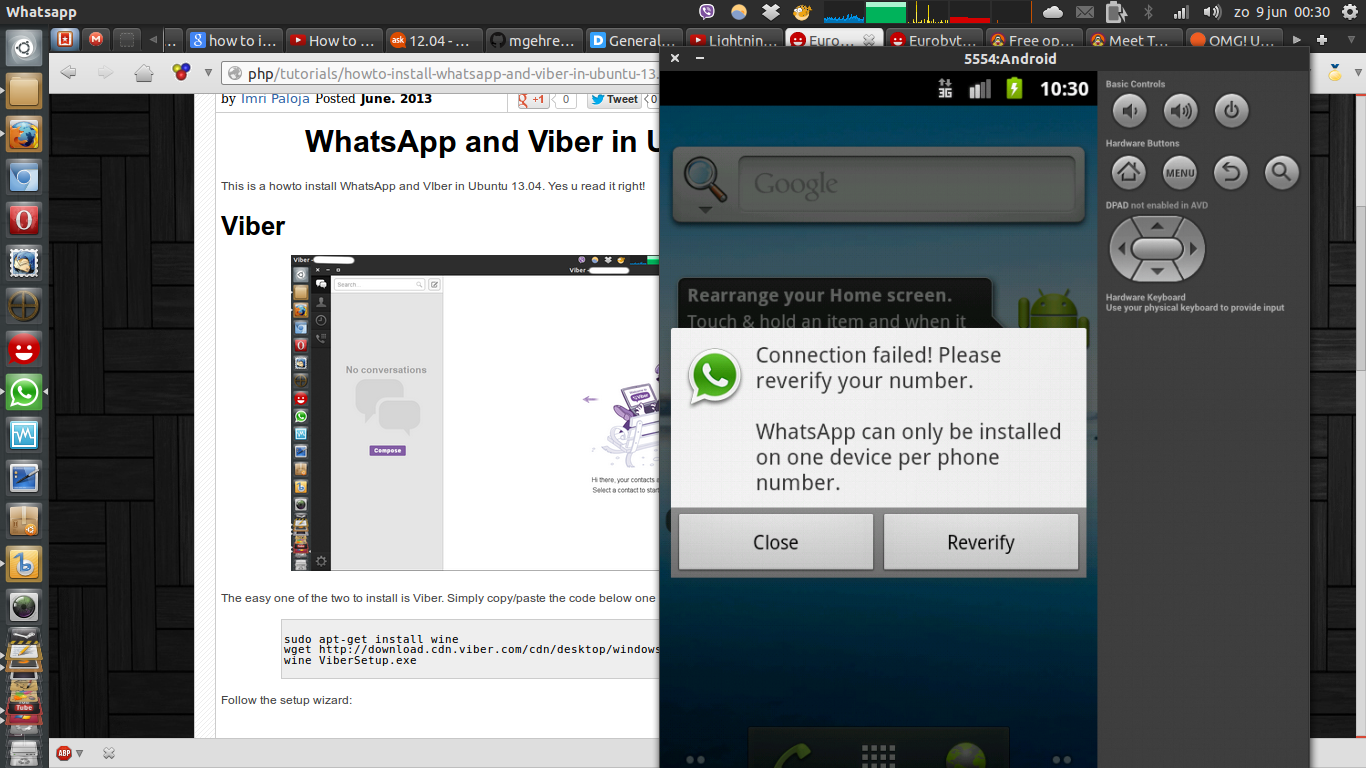 Two, There is a native client called whosthere. A showcase video can be viewed on YouTube Ubuntu OnAir - Lightning Talks 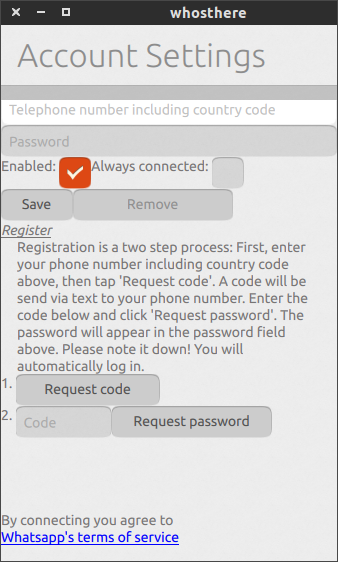 Install dependencies. These is what I needed, to get it to work on a fresh install of Ubuntu 13.04.

Download and install whosthere. I could not install it by apt-get-ing it. So im doing it manually.

Note: I could not log in cause of a bug i was getting {"status":"fail","reason":"bad_token"} after some search I found out that this is an upstream bug in yowsup. This should be fixed soon.