May 7th 2015: This method still works with the latest version of League Of Legends. There for I have updated the screen-shot and added another, displaying the latest League Of Legends. I have not experienced any critical bugs with it, yet. Just minor glitches here and there. Tested on Ubuntu 14.04 Trusty Tahr.

League of Legends under Ubuntu 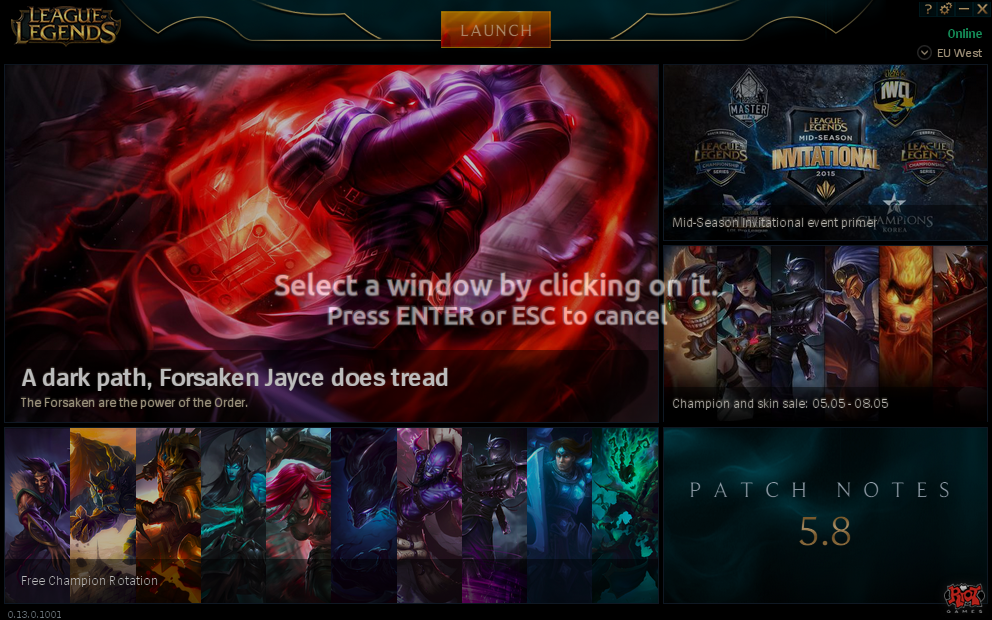 League of Legends is a Free to Play, Multiplayer online battle arena, that is - on a daily basis - actively played by 12 million people, a playerbase of 32 miljoen, makes it the most played videogame in the world[1]. And I´m gonna show you guys how to install it in Ubuntu.

We will install wine, PlayOnLinux , mono. One requires wine, mono, PlayOnLinux to get League of Legends to work[2]. Install mono like so: sudo apt-get install mono-runtime

For wine, copy/paste the code below. Don't know what wine is? Wine (originally an acronym for "Wine Is Not an Emulator") is a compatibility layer capable of running Windows applications on several POSIX-compliant operating systems, such as Linux, Mac OSX, & BSD. Instead of simulating internal Windows logic like a virtual machine or emulator, Wine translates Windows API calls into POSIX calls on-the-fly, eliminating the performance and memory penalties of other methods and allowing you to cleanly integrate Windows applications into your desktop.

The Ubuntu Wine ppa supports all of Ubuntu distros.

PlayOnLinux is a piece of software which allows you to easily install and use numerous games and apps designed to run with Microsoft® Windows®. Few games are compatible with GNU/Linux at the moment and it certainly is a factor preventing the migration to this system. PlayOnLinux brings a cost-free, accessible and efficient solution to this problem.

After everything is installed, run playonlinux, press the install button, select the Testing option, after that search for League of Legends, press install 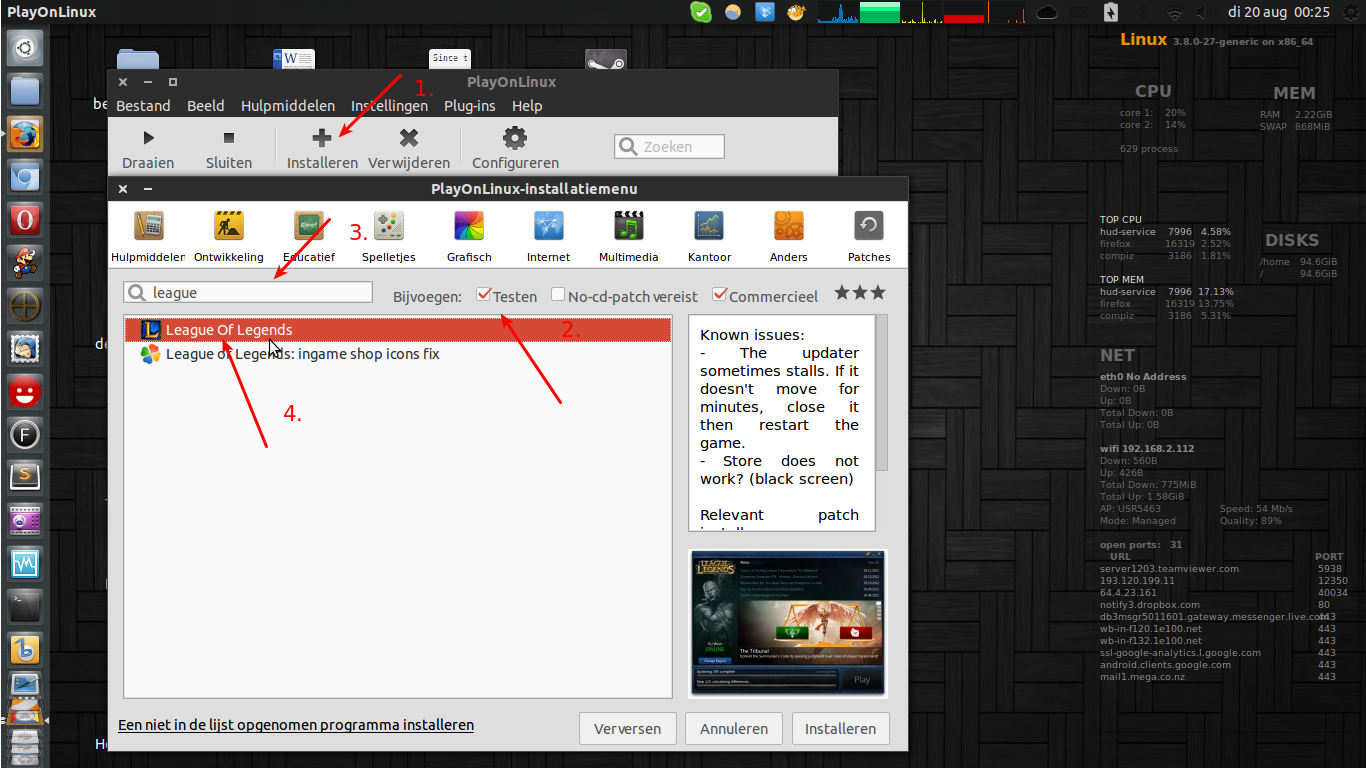 Then select Download the program. the installer will be downloaded and then excecuted. Do not change the default location of the installation.

Do not launch League of Legends, after the completion of the installation. Run lol via the icon on your desktop. 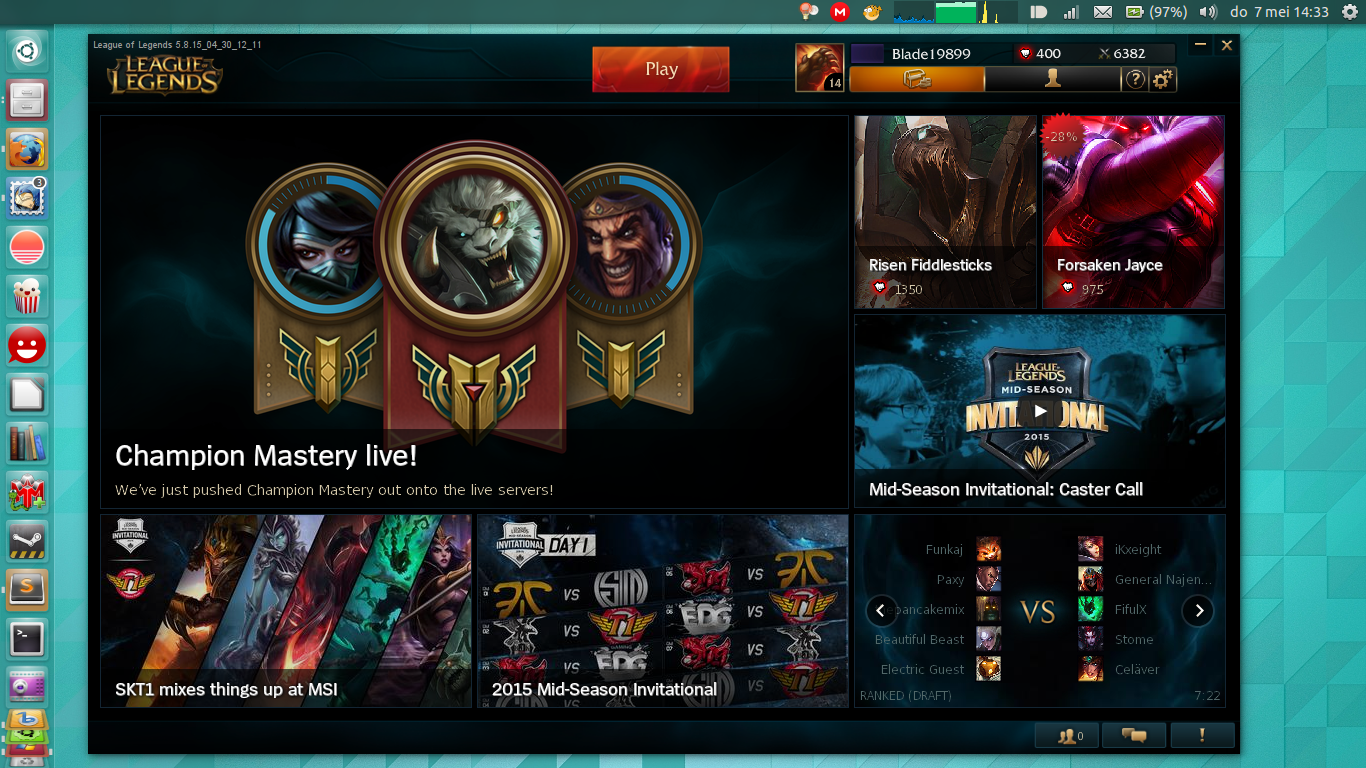 Here is a video of me, playing lol, keep in mind that I havent played lol in ages, ages! So, if you see me failing, don't judge me.

If you tried lol on older Ubuntu versions, please let me know in the comment section below. Have fun.